Manatees gather together in the wintertime at various warm water sites around Florida. Some of these manatees frequent natural freshwater springs. Fish also enjoy congregating near the outflows of spring water. It is here that manatees and a number of fish species share the same watery real estate until the weather warms and manatees spread out again. While together in the springs fish often surround manatees as illustrated in this photograph:

Fish Gather Around A Manatee In The Springs 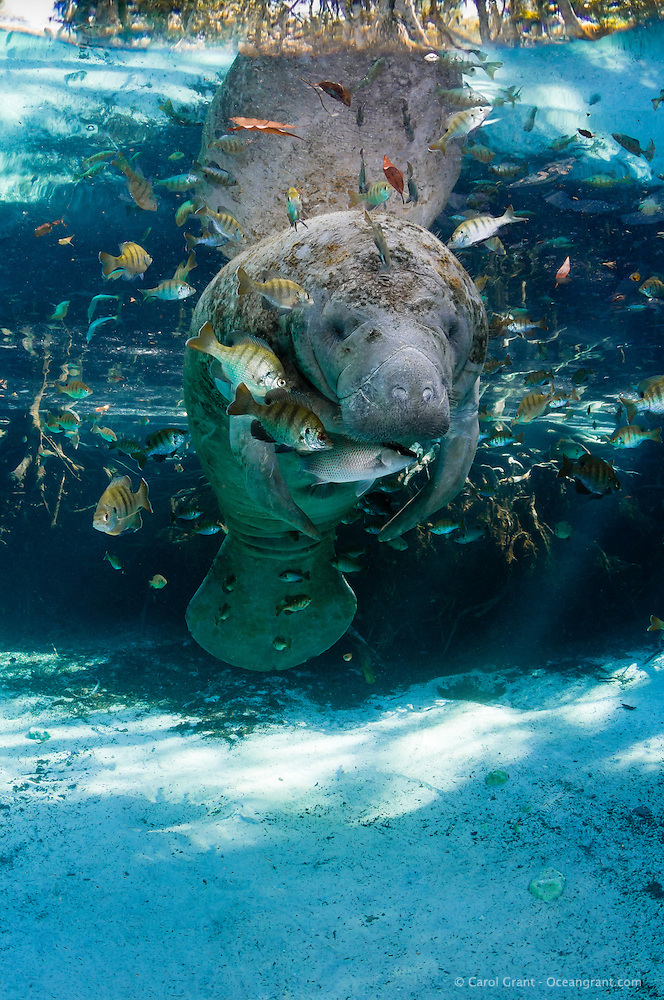 Interaction between fish and manatees is an interesting behavior to observe. In fact some fish, particularly bream also known as sunfish (Lepomis spp.) and sheepshead (Archosargus probatocephalus) are known to continually surround and peck at the manatee’s skin especially while they are resting. Note the bream below are nipping this manatee:

“Easy On The Eyes Fellas!” 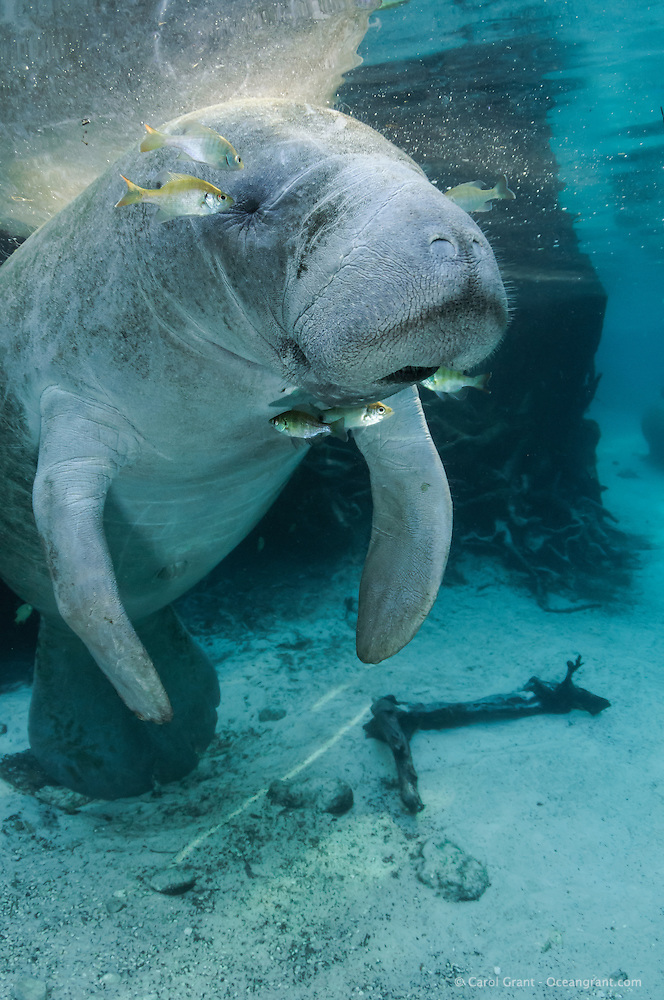 This scene with fish and manatees looks somewhat similar to what many scuba divers observe as cleaning stations on coral reefs. But looks can be deceiving! What is really going on here in the Florida springs? Is it something fishy?

A Young Manatee Seems Bewildered By The Many Fish — Something’s Fishy! 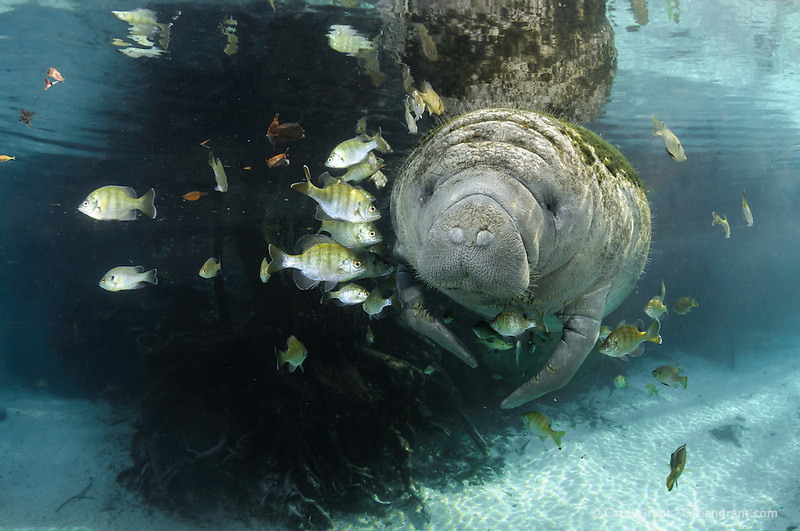 Yes, there is something very fishy going on here, but it’s not a mutually agreed upon cleaning service such as exists around coral reefs. The warm water springs differ in that they are a necessary haven for the manatee during the winter months and the manatee have little choice in the matter — they can’t go anywhere else when it is cold. Manatee have to rest in the warmer waters to survive and certain fish take full advantage of this “captive audience”. Bream target bits of dead skin on the manatee and often they nip very deep and if you observe closely you will frequently see the manatee flinch repeatedly.

Granted, some manatees are better than others at ignoring the fish attention, even seeming to sleep pretty well through the melee. I was told by a friend and researcher that the fish attention annoys the manatee much like mosquitos do land animals, and that this annoyance is part of the price they must pay to share the treasured warm water habitat. Yes, sometimes the fish do bite at open wounds and it may look like something positive is occurring, but it would be much better for the manatee to just swim into an area with a higher saltwater content. That saline environment is more healing to a manatee’s wounds than nipping by bream and such.

Is It Really Cleaning Or Is It Annoying Nipping And Biting? 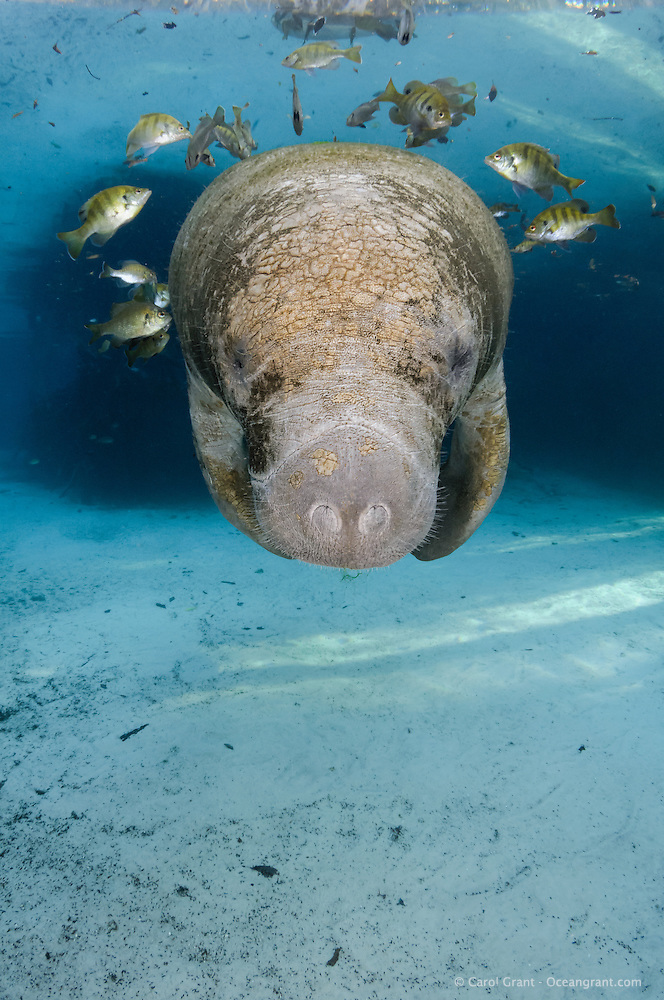 So that’s the story on something fishy in the springs!