November is Manatee Awareness Month in Florida. For over 30 years proclamations have been officially made to help protect this endangered marine mammal and Florida treasure.

This November is different though, as a sense of foreboding blankets the future of the sirenians here in Florida. This year, 2013 has seen the highest mortality of manatees since record keeping began = 766 manatee deaths as of October 25, 2013 and 769 currently according to Florida Fish and Wildlife Conservation Commission records. Of these, 276 manatees died where red tide was prevalent in southwest Florida. Additionally, in this Florida Fish and Wildlife preliminary report an unusually high number of “Undetermined” manatee deaths were reported near the Indian River Lagoon on Florida’s east coast. It is thought to be part of a serious toxic imbalance along with a significant loss of seagrass beds, part of the manatee’s main food source. 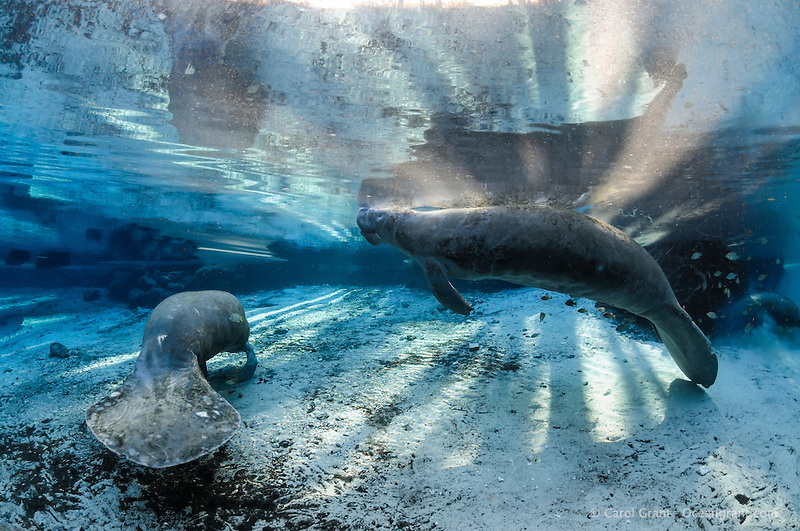 Ironically, the year 2013 didn’t begin with ominous survival statistics for the Florida manatee. Unlike the last manatee mortality record which was set due mostly to the Cold-Related Mortality Event Winter 2009-2010 the winter season of 2012-2013 consisted of overall very mild winter temperatures in Florida. I recall remarking to colleagues in January 2013 how the manatee’s deserved this warmer, mild winter. Then all the red tide and toxic tide related deaths started to occur.

One bright spot is Citrus County, Florida, including the Crystal and Homosassa Rivers, with only 14 manatee deaths in 2013. Luckily, red tide did not travel that far north. It is a sobering thought however, that if a red tide event was combined with a very cold Florida winter, we could have another record number of manatees perishing. Therefore manatee conservation should to be a very high priority in the state.

Many Manatees Gather During Unusual Cold-related Event in 2010 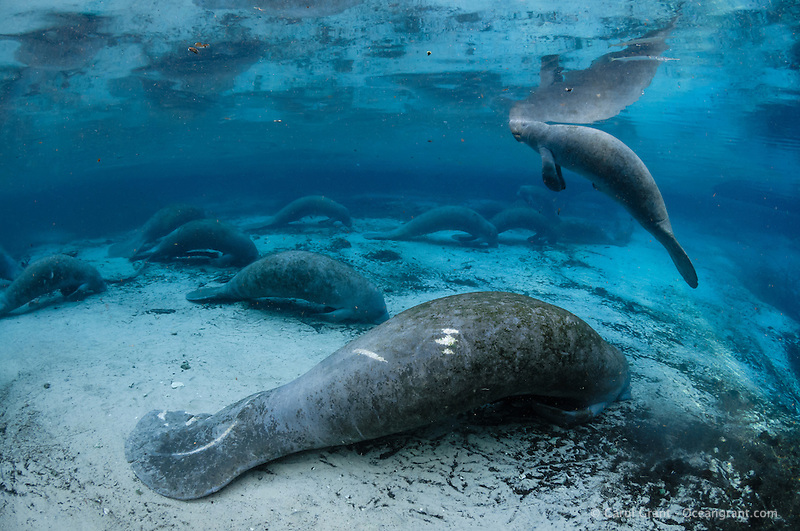 During the very cold winter of 2009-2010, I observed many manatees huddled together, trying to stave off the effects of cold stress, some very thin. Even though the springs at Crystal River are a constant 72 degrees, during events of unusually cold weather the waters immediately surrounding the springs can quickly cool below the 68 degrees manatees need to survive. 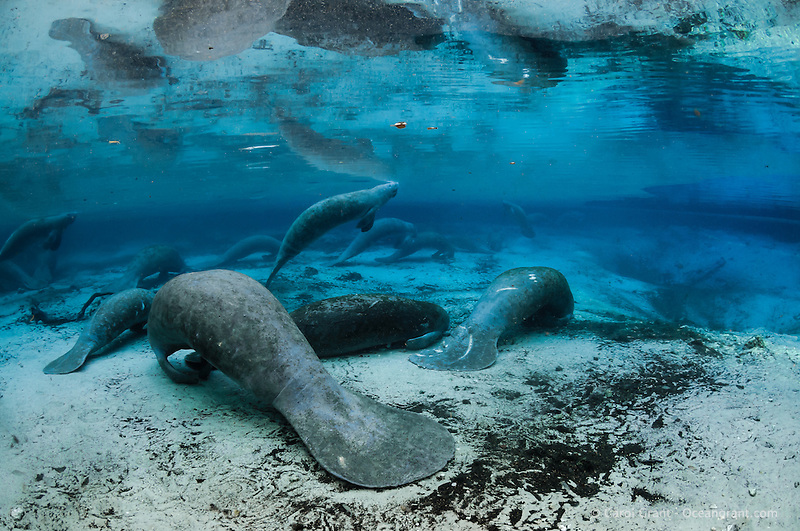 Many of the manatee’s natural warm-water winter refuges are not longer functional, so it is extremely imperative we take care of the warm-water areas that are left, strengthen manatee protection and seek ways to minimize manatee deaths from extreme episodes of red tide, etc., we experienced in 2013.

“Hope Springs Eternal” those eloquent words by Alexander Pope, do seem fitting for the manatee’s plight and I wish deep down in my heart more manatees could experience safety, warmth and clean water like in the image below. Hope is not fool’s folly, it is a necessary part of our nature and wish to save the Florida manatee.

Manatees Bask In Sunlight And Warm Waters Near A Springhead 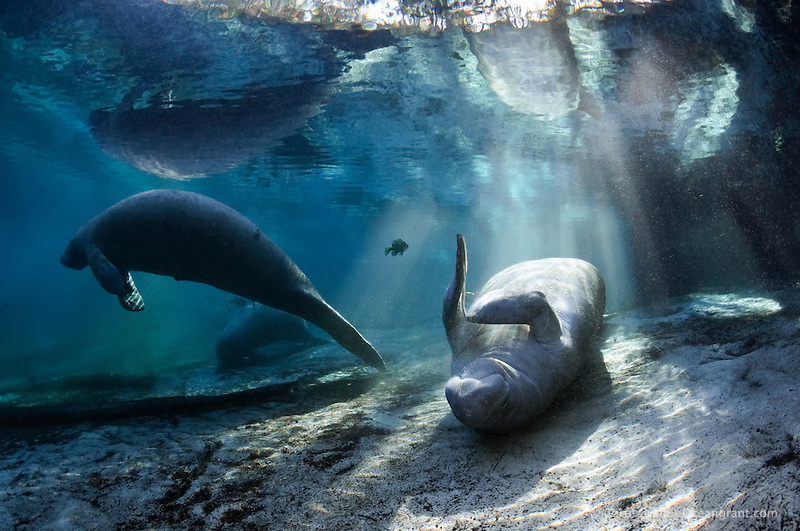 So far this November 2013 in Florida, it has been unseasonably warm and manatees love warmth! The red-tide is at a minimum currently. Let’s all hope the 2013-2014 winter season is mild and our manatees can begin to recover.